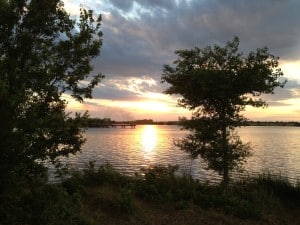 On July 22, conservation groups including the Sierra Club and the Center for Biological Diversity announced lawsuits against the “Waters of the U.S.” rule, arguing that it fails to fully protect the nation’s waters from destructive pollution. Finalized in May by the U.S. Environmental Protection Agency and the Army Corps of Engineers, the Clean Water Rule attempts to more clearly define which of the nation’s waters are protected by the Clean Water Act, including more than half of the nation’s streams and millions of acres of wetlands.

These new lawsuits claim that the rule gives away too much to industry groups, minimizing its reach and opening the door for more pollution of wetlands, streams and other waterways.

“This rule change will weaken protection for waterways on and near big agribusiness operations, likely resulting in more agricultural pollutants on our food and in our environment,” said Adam Keats, senior attorney at the Center for Food Safety. “The EPA and the Army Corps should be working to strengthen, not gut, the laws that keep industrial agricultural pollution in check.”

Other conservation groups, like the National Wildlife Federation (NWF), support the rule and the protections it provides for essential water resources and wildlife habitat. In a new bipartisan poll commissioned by NWF, hunters and anglers nationwide expressed broad support of the Clean Water Rule.

“As every hunter or angler knows, ducks need healthy wetlands and fish need clean water—it’s that simple,” said Collin O’Mara, NWF president and CEO. “Everyone on Capitol Hill should take note: clean water has the bipartisan support of millions of sportsmen and women across our nation—and these men and women vote.”

The poll found that more than 83 percent of the hunters and anglers surveyed thought that the EPA should apply the rules and standards of the Clean Water Act to smaller, headwater streams and wetlands. Support for this policy was strong across the political spectrum with 77 percent of Republicans, 79 percent of Independents and 97 percent of Democrats in favor. For additional findings and results from the poll, click here.

On the other side of fence, the rule continues to draw opposition from landowners, agriculture producers, industry associations and lawmakers. At least 27 states, 14 national agriculture and land organizations, U.S. Chamber of Commerce and National Federation of Independent Businesses have filed complaints against the rule in federal District Courts since the rule was published June 29. This flurry of lawsuits includes the Oklahoma State Chamber, the Tulsa Regional Chamber, and Oklahoma Attorney General Scott Pruitt, who claim the EPA illegally redefined the “waters of the United States” through the Clean Water Rule.

In addition, legislation is pending in Congress that, if passed, would potentially undo the Clean Water Rule. Sen. James Inhofe (R-OK) co-sponsored a Senate bill aimed at forcing the EPA to completely rewrite the rule. The bill, authored by Sen. John Barrasso (R-WY), passed a committee vote and will head to the Senate floor. In May, the House passed a bill sponsored by Rep. Bill Shuster (R-PA) that also sought to block the EPA’s rule.