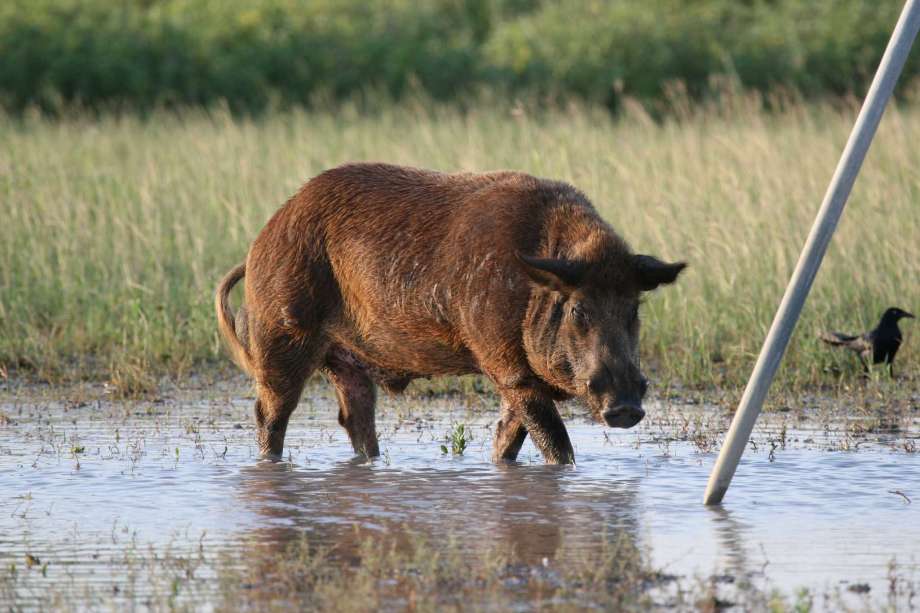 Photo Courtesy of the Houston Chronicle

The feral hog population has increased in recent years, with populations in 70 of Oklahoma’s 77 counties with a population of anywhere between 500,000 to 1.5 million in our state alone.

In addition to the damage they can cause to both rural and urban landscapes, feral hogs can cause major problems for native wildlife due.

According to the Oklahoma Department of Wildlife Conservation, feral hogs cause stress to native wildlife, compete for food resources that also support deer, raccoons, black bears and opossums and can even spread diseases to animals across the state. Feral swine have few natural predators, and in some cases, the feral swine have begun pursuing wild animals as prey items.

The Oklahoma Department of Wildlife Conservation has an updated plan to help control the feral hog population in Oklahoma, including resources for landowners and state agencies on their website at wildlifedepartment.com.