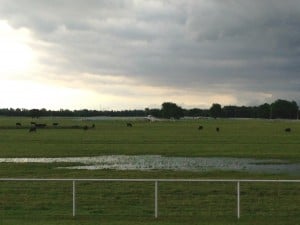 With the controversy heating up over a proposed clean water rule, EPA Administrator Gina McCarthy traveled to the heartland this month to attempt to ease the concerns of agriculture producers.

The interpretive rule was proposed in March by the EPA and the U.S. Army Corps of Engineers in an attempt to define the scope of “Waters of the United States” that are protected under the Clean Water Act, but has drawn harsh criticism from farmers and ranchers who fear more stringent regulation of their property.

In her visit to Missouri on July 10, McCarthy said that the interpretive rule was intended to clarify which farming practices are included in the Clean Water Act’s exemptions for normal farming practices, not to regulate farming more aggressively.

Other critics claim that the proposed requirement that conservation practices meet NRCS standards would place the agency in a new, regulatory role, which would alter its current relationship with ag producers.

“As a conservation organization promoting voluntary stewardship, we think it is critical that NRCS not act as nor be perceived as remotely regulatory in the agricultural community,” Earl Garber, president of the National Association of Conservation Districts, said in his written comments on the rule.

But, environmental groups contend that the exempted conservation practices should be regulated to ensure they are correctly implemented and would actually benefit the environment.

McCarthy claims there are many myths and misconceptions being spread about the proposed rule, saying she has heard fears that the EPA will regulate ditches and groundwater, and require permits for cows to cross streams. These claims are not true, she says.

“Some people say that EPA is going to be regulating small, unconnected waters, including puddles on lawns, driveways and playgrounds. Now, that’s just silly,” McCarthy said

In addition to her visit to Missouri, the EPA will hold agriculture outreach events through its regional offices throughout the summer. The agency has also released a “Ditch the Myth” campaign to address perceived misconceptions concerning the rule. Public comments on the proposal may be submitted through Oct. 20, 2014.