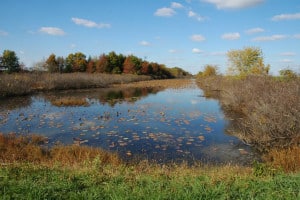 On Oct. 9, the 6th U.S. Circuit Court of Appeals in Cincinnati granted a temporary nationwide stay of the new Clean Water Rule. Published in June by the U.S. Environmental Protection Agency and the Army Corps of Engineers, the Clean Water Rule attempts to more clearly define which of the nation’s waters are protected by the Clean Water Act, including more than half of the nation’s streams and millions of acres of wetlands. Currently, a number of states including Oklahoma are challenging the Waters of the U.S. rule in courts throughout the country.

In a 2-1 ruling, the court concluded that the plaintiffs (in this case, 16 states including Oklahoma), “have demonstrated a substantial possibility of success on the merits of their claims,” saying the EPA rule is at odds with a key Supreme Court ruling.

However, the question of whether the judges have jurisdiction to review the water regulation is still up in the air.

“A stay allows for a more deliberate determination whether this exercise of executive power, enabled by Congress and explicated by the Supreme Court, is proper under the dictates of federal law,” the court said.

“A stay temporarily silences the whirlwind of confusion that springs from uncertainty about the requirements of the new Rule and whether they will survive legal testing. A stay honors the policy of cooperative federalism that informs the Clean Water Act and must attend the shared responsibility for safeguarding the nation’s waters.”

The EPA said it will respect the court’s decision, but it believes the rule is legal and necessary.

“The agencies respect the court’s decision to allow for more deliberate consideration of the issues in the case and we look forward to litigating the merits of the Clean Water Rule,” EPA spokeswoman Melissa Harrison said.

“The Clean Water Rule was developed by the agencies to respond to an urgent need to improve and simplify the process for identifying waters that are and are not protected under the Clean Water Act, and is based on the latest science and the law,” she added.

In a statement, Collin O’Mara, president and CEO of the National Wildlife Federation said the “ruling temporarily delays much needed protections for our nation’s streams and wetlands—and the countless species of fish and wildlife and millions of Americans that depend upon them.”

Judge Keith dissented from the court’s opinion on the grounds that the court should not issue a stay against the rule until it determines that it has jurisdiction to review the rule.

Oklahoma Attorney General Scott Pruitt noted that this is the second federal court to decide that the WOTUS rule is likely unlawful; no court has decided otherwise.

“Oklahoma and other states, as well as several private-sector groups, are challenging this unlawful rule,” Pruitt said. “Until those legal challenges are settled, it’s entirely appropriate that the federal courts block implementation of the WOTUS rule.”

The court now must determine proper jurisdiction to make a full ruling on the Clean Water Act. The ruling can then be appealed up to the Supreme Court.