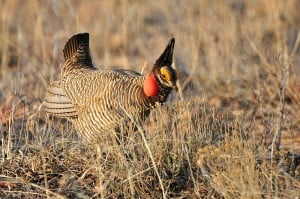 WASHINGTON, July 20, 2014 – The U.S. House of Representatives passed a measure that would require the Secretary of Interior to publicly disclose the best scientific and commercial data available that are the basis for regulation under the Endangered Species Act (ESA). H.R. 4315, the 21st Century Endangered Species Transparency Act, which was co-sponsored by Oklahoma Congressman Frank Lucas, passed the House 233-190.

“Farmers and ranchers in Oklahoma have gone to great lengths to comply with arbitrary listings of threatened species on their land,” Lucas said. “These listings often carry increased regulatory burdens that damage our local economies.

“I am pleased the House passed this commonsense legislation to promote openness in the listing process and provide land owners with a greater degree of certainty.”

H.R. 4315 will now go to the Senate, where it has little chance of passage. Opponents argue the legislation would increase administrative reporting requirements and detract from the agency’s species recovery efforts.

Earlier this month, Congressman Lucas joined several House colleagues in sending a letter to Agriculture Secretary Tom Vilsack requesting an analysis of cost and effectiveness of USDA conservation programs on the Lesser Prairie Chicken (LPC), found in parts of Oklahoma. Despite its recent population increase of more than 20 percent, the U.S. Fish and Wildlife Service lists the LPC as threatened under the ESA; an action seemingly at odds with the best available data.