With fish and wildlife populations under increasing pressure in Oklahoma and throughout the country, Oklahomans are excited for a new opportunity to reverse this trend. House Resolution 4647, known as the Recovering America’s Wildlife Act, would provide $1.3 billion annually from existing federal revenues for state-led projects to improve and restore fish and wildlife habitats, without any increase in taxes. 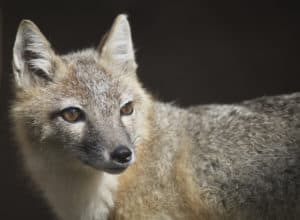 This Congressional legislation represents a once in a generation opportunity to modernize conservation funding, provide more regulatory certainty for businesses and industries, repair the nation’s ecological infrastructure, and change the course of history for thousands of at-risk fish and wildlife species.

“Over 12,000 species of fish and wildlife have been identified as at risk of becoming endangered,” said Ron Suttles, Conservation Coalition of Oklahoma board chair.  “Oklahoma is home to over 300 of those species.  The Recovering America’s Wildlife Act would bring much-needed funding to Oklahoma for projects designed to keep those species off the endangered species list without raising or creating new taxes.”

Businesses, industries, and government agencies often face delays and added costs when developing projects in areas with endangered species. The Recovering America’s Wildlife Act focuses on at-risk species with the express goal of avoiding listing those species under the Endangered Species Act (ESA).

Passage of H.R. 4647 would direct a portion of existing royalties from energy and mineral production on federal lands and waters to the Wildlife Conservation and Restoration Program, established in 2000. State wildlife agencies will distribute the money to projects for habitat restoration, scientific research, protecting land, establishing conservation easements, and other initiatives listed in each state’s Wildlife Action Plan. 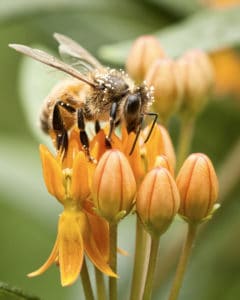 “The future of Oklahoma’s wildlife depends on dedicated funding. This is our best opportunity to manage and conserve our valuable natural resources for the public,” said J.D. Strong, Director of the Oklahoma Department of Wildlife Conservation. “With this money, Oklahoma could protect, improve and manage habitat that would benefit all species in the state and keep up the economic engine that is fueled by healthy ecosystems and thriving wildlife populations. Wildlife and wild places are appreciated by all Oklahomans and this bill would ensure that we are able to pass on these resources on to the next generations.”

The Recovering America’s Wildlife Act follows the recommendations of the Blue Ribbon Panel on Sustaining America’s Diverse Fish and Wildlife Resources. This panel, comprised of national business and conservation leaders, was convened in 2015 to identify a sustainable funding mechanism for fish and wildlife conservation. In March 2016, the Panel recommended that $1.3 billion in existing fees from energy and mineral production on federal lands and waters be used to support the implementation of State Wildlife Action Plans in every state.

Click here to make your voice heard and sign the letter in support of the Recovering America’s Wildlife Act!

View the full text of the bill here.