Each summer in northern Oklahoma, many visitors are lucky enough to experience the Selman Bat Watch, where hundreds of thousands of Mexican free-tailed bats soar through the dusk skies in search of insects.

The Conservation Coalition of Oklahoma’s board chair, Ron Suttles, joined one of the groups on a Friday night this July. The following are images, video and commentary he collected during his visit.

Around April, 500,000 – 1,000,000 pregnant female Mexican Free Tail bats migrate north to Selman.  They give birth to one pup and generally around September, the juvenile and female bats migrate south for the winter. 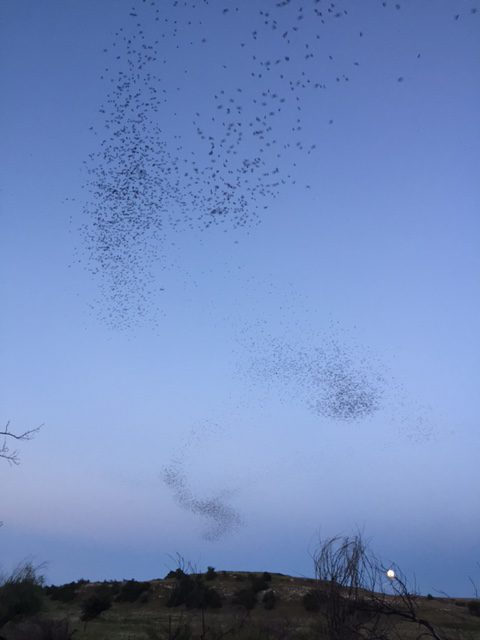 The first bats to emerge are the adult female bats (above).  They are much larger and are more controlled flyers than the pups that emerge later. 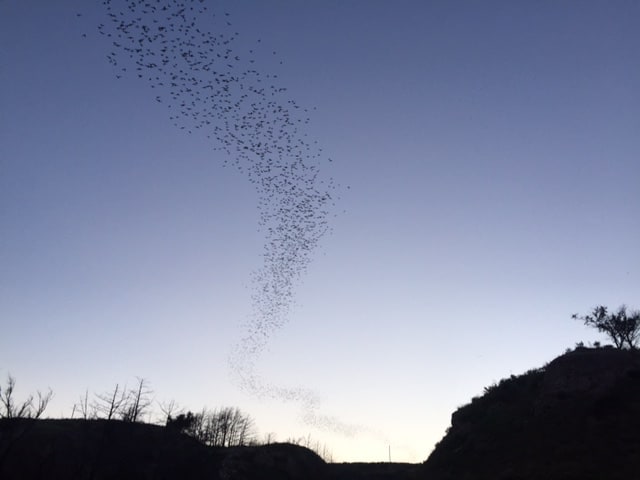 The emergence of the adult female bats normally takes 45 minutes to one hour.  Since they had a short feeding the previous night, they came out early and in more concentrated numbers.  It only took about 20 minutes for the bats to emerge.

The pups took much longer to emerge, flew more erratically, and in lighter concentrations.

The area around the Selman Bat Cave is an excellent example of short/mixed grass prairie.  The area burned a couple of years ago and there has been extensive clearing of salt cedar along the small stream that runs through the property.  The combination has transformed the Selman area to a historically accurate condition. 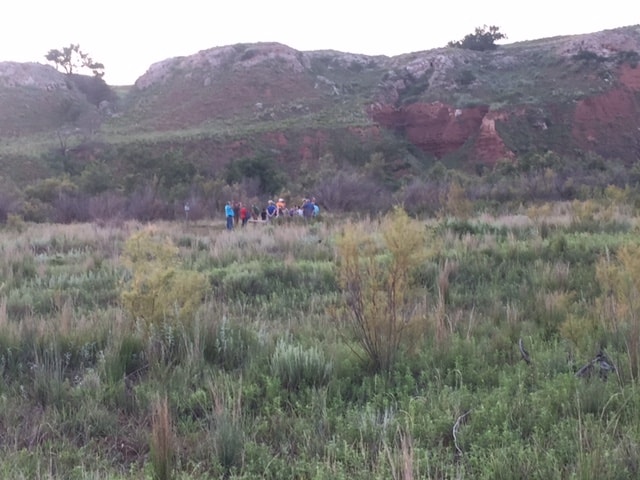 The Oklahoma Department of Wildlife Conservation project manager for this area, Melinda Hickman, has done an amazing job of guiding the restoration, developing and overseeing the Selman Bat Cave project from its inception and shepherding the army of volunteers needed to conduct these viewings.

If you are lucky enough to be selected for a Selman Bat viewing, you will experience the premier wildlife and outdoor opportunity offered anywhere in Oklahoma.

Selman visitors should definitely come early the day of their viewing date so they can go through Alabaster Caverns. It’s cool in the caverns and well worth adding it to the day’s experience.

The tours happen every Friday and Saturday in July and each group is limited to 75 people. Keep an eye out in Spring 2018 for registration to open through the Oklahoma Department of Wildlife Conservation. Registration forms must be submitted between May 31st and June 9, 2018.

For more information about the Selman Bat Watch, visit the Oklahoma Department of Wildlife Conservation’s website.