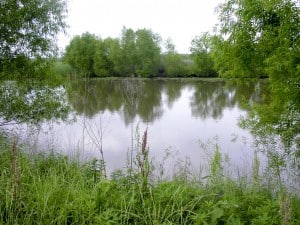 The “Waters of the U.S.” rule is an attempt by the EPA and the U.S. Army Corps of Engineers to define the scope of waters that are protected under the Clean Water Act, but has drawn harsh criticism from farmers and ranchers who fear expanded jurisdiction of the EPA and more stringent regulation of their property. Environmental groups contend that the EPA’s proposed rule is essential for restoring Clean Water Act protections and would not expand its coverage to include any new types of waters.

Collin O’Mara, president and chief executive officer of the National Wildlife Federation, said this of the House vote:

“All Americans should have a right to clean, safe drinking water and healthy populations of fish and other aquatic life. This bill undermines protections of at-risk waters from which we drink, swim, and fish. Scuttling the process now is premature as EPA is working to clarify and improve the rule based upon sound science and the million public comments received. We urge Congress to exercise restraint until the final rule is released and to work to protect our drinking water supplies, conserve our favorite recreational waterways, and restore important habitats for numerous species of wildlife.”

H.R. 1732 now moves to the Senate where it will require the votes of at least a few Democrats for passage. However, if successful, the rule could face a veto by the President.

“In the end, H.R. 1732, like its predecessors, would sow more confusion and invite more conflict at a time when our communities and businesses need clarity and certainty around clean water regulation,” the White House said April 29. “Simply put, this bill is not an act of good government.”